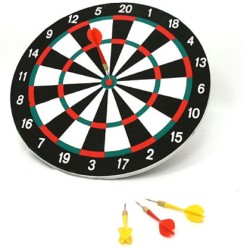 A dart board appeared in the office last week – and at the same time, a few holes promptly appeared in a wall far from said board (I was playing wrong handed at the time). This darts thing is strangely addictive and very competitive – it’s hard to walk by without having a quick throw and issuing a challenge to a workmate.

Next day I turn on telly, and World Grand Prix Darts is in full flight. Have you seen this event – it seems to be Dublin’s answer to the 7s. Grown adults in animal costumes yelling at a couple of blokes at the front who were entering the stage like it was a boxing ring. Sure, no SBW physiques on show but the winner takes home a cool 100,000 pounds. And there’s the personal endorsements. Not bad for a pastime traditionally linked to working mens clubs, beer and chips.

It got me thinking. Does ‘darts elbow’ exist? Will my son be yelling Phil Taylor and not Mika Vukona at the tv? Do kids grow up wanting to be a darts champion instead of a premier footballer? And, do I give up on running for something that suits me better? I think I could hold a wine in one hand and dart in the other – this is seeming like my kind of sport. 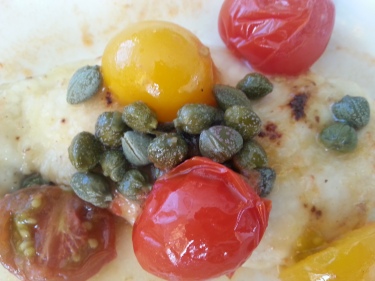 Speaking of wine, you’ll need a little for my new favourite go-to dish. Chicken escalopes with tomatoes and capers comes from Apples for Jam by the impossibly beautiful Tessa Kiros. 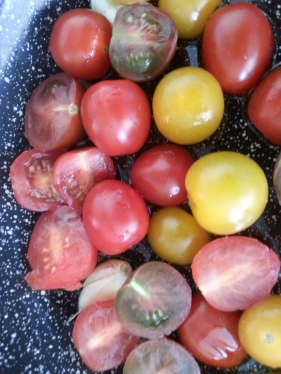 Heat a splash of olive oil and the garlic cloves in a fry pan (big enough to fit the chicken in a single layer). Add the tomatoes and a sprinkle of salt and fry for a few minutes until tomatoes are slightly puckered. Remove from pan and set aside on a plate lined with disposable kitchen towel. Leave the garlic in the pan. 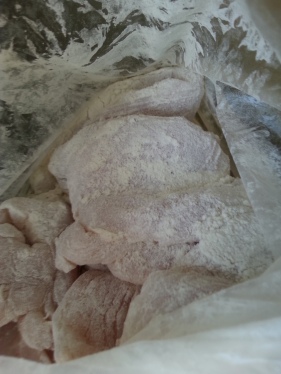 Put the flour and a grind of salt and pepper into the plastic bag (I use old bread bags). Add the chicken and give it a shake to coat the chicken. 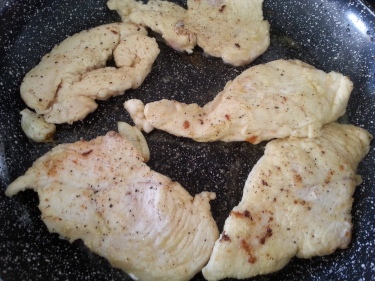 Heat another splash of oil and when hot, add the sage and the chicken in a single layer. Cook until chicken is golden (about 4 minutes), then turn over and cook the other side. Season the top side with salt and pepper. 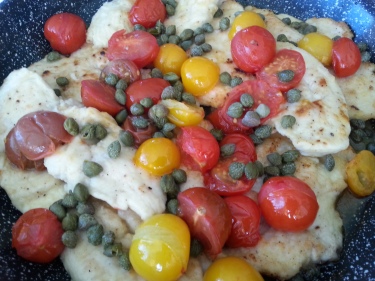 When new underside is golden, turn the chicken again. Add the wine, and throw the capers, tomatoes and parsley on top of the chicken.

Let the juices bubble briefly, then cover the pan with lid for another minute or two. 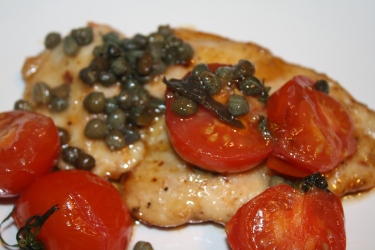 Turn the heat off and let the covered pan sit a few minutes. Remove the garlic. Spoon the tomatoes, capers and sauce over the chicken and sprinkle with parsley to serve.

Serves 2. Increase quantities for more people – allow two escalopes per person. If increasing the quantity, cook all of your escalopes first in a single layer (keep them warm by covering the plate you transfer them to with foil). Put them back in the pan just before adding the wine and tomatoes. You will need more wine and extra tomatoes/capers if using more chicken.

Other than tasting brilliant, the real bonus is that this recipe will take you less than half an hour to cook. Which leaves you plenty of time to get in some darts practice before your guests arrive.

One thought on “Darts. The new black?”