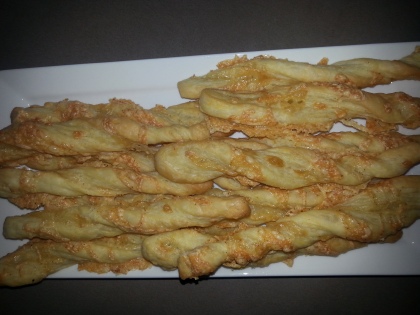 The great thing about cooking is that continual sense of achievement each time something is created (even most mishaps have a silver lining). I had such a feeling this week when a new recipe worked beyond expectation. I also discovered a beauty product that works a treat and doesn’t cost the earth. Interestingly, they are both crammed full of saturated fat!

Coconut oil seems to be the fat of choice for many at the moment – it gets a good rap in the paleo (cave man) diet doing the rounds. I haven’t gotten around to using it for cooking (or  to doing the diet for that matter). Instead, I’m using my tub of coconut oil as a most efficient eye make up remover. Actually, it’s a fantastic all over make-up remover. And, at around $10 a tub, it is very affordable. So, out you hop (well, after you’ve read the rest of the blog) and buy yourself some and say good-bye to all those expensive French creams.

Fat number two is that old favourite. Butter. Regular old butter. I had to take a plate of nibbles out with me and decided to give cheese straws a go. Not just any cheese straws mind. Made from scratch ones. Now, I have made them once before – after a pastry making class with the lovely Julie Clark from Floriditas. Puff pastry is not for the time poor and I knew doing the full monty wasn’t an option with a three year old at my feet and due out in a couple of hours. So I decided to give ‘rough puff’ a whirl. And, despite a few toddler challenges at crucial times, it was a raging success.

You’ll need to set aside about two hours for the whole process. But, it is stop/start so you can get other things done in-between pastry resting times. Believe me when I say that it is worth the effort.

Most of the rough puff recipes I’ve come across have called for equal measurements of flour and butter. I decided to cut back on the butter a little, with no impact on taste.

150g grated cheese (tasty good, but mild or edam with pepper or cayenne is fine)

Using a knife or dough scraper (available at any kitchen shop), ‘cut’ through the butter until there are no big lumps left. I guess you probably could grate the butter to make it quicker?

Add about three-quarters of the water and work through with the dough scraper until dough just begins coming together. Do not be tempted to add too much water or it will go gluggy and you’ll get into the ‘more flour, more water’ cycle.

Bring pastry together into a rectangle on a very lightly flour ‘dusted’ bench. Roll the rectangle out till it is about 1-1.5cm thick.

Mentally ‘mark’ the pastry into three. Fold the top third down, then bring the bottom third up – like you are folding a business letter. Turn the pastry 90 degrees clockwise and repeat the roll/fold.

Turn another 90 degrees and repeat roll/fold. Do about six roll/fold/turns. Your pastry should be quite smooth by now. Wrap loosely in clingfilm and pop into the fridge for 20-30 minutes.

Remove from the fridge and do another three roll/fold/turns. You can go onto the next step now, but I put mine back into the fridge for another 20 minutes for good measure. Remember, the golden rule for pastry is light hands, little handling, and keep as chilled as possible.

Turn the oven to 180C bake (or 165C fan bake) five minutes before taking pastry from fridge for the last time. Prepare an oven tray with baking paper.

Remove pastry from the fridge. Roll into a large rectangle (mine was more of a square), using as little extra flour as possible – again, a light dusting if you need it. Cover half of the pastry with two-thirds of the grated cheese (I had mixed cayenne into mine first). Fold the other half of the pastry on top, to encase the cheese. Roll out a little further.

Cut the pastry into even sized straws, to your liking. I made about 20.

Twist each straw as you are putting onto the oven tray. Sprinkle the remainder of the cheese over each straw.

Bake for about 20 minutes until puffy and golden. Remove tray from oven and cool. Remember to cool completely if putting in a container to transport as you do not want the trapped heat to soften the pastry.

Enjoy on their own, with relish or alongside soup. One will never be enough.

The rough puff pastry recipe can be used in almost any recipe calling for puff pastry. Do give it a go. It’ll be hard to go back to store-bought pastry once you’ve made your own.