One of the issues of the day in New Zealand is the “flag debate”. It’s fascinating listening to both sides. I’ve got to say that the pro-change lobby seems far more organised, succinct, and visible than the status quo lobby. The tide seems to be turning and I think the result of the referendum may be closer than people think.

I’d never thought too much about the flag – ambivalent at best when the change discussion began. I’m now firmly in the change camp – but it’s got nothing to do with the similarities with the Australian flag. This is a bit of a red herring in my opinion, there are other countries that have similar flags to each other and I’m sure they get mixed up from time to time. In the scheme of things, not a huge deal when you look at world issues such as the Syrian crisis or recent natural disasters. I simply think we need a flag that represents the New Zealand of today.

My problem is that I don’t like the alternative. I’m trying to like it, but I just don’t. I’d even be prepared to vote for it if it was the overwhelming favourite of the rest of the country (maybe I’m out of touch?), but it wasn’t. Somewhere along the line, the process went a tad off course. I remain confused as to why a video was produced on what makes a good flag, then it wasn’t really followed.

So, this is a long winded way of saying that I’m not going to settle for mediocrity – which is what I think the new design is. I guess this means I’ll be ticking the stick with what we’ve got option. I figure we’re likely to give the flag another crack again, sooner, if we don’t change than if we do.

On the subject of change, I did happily change my mind about something else recently. Trout fishing. I never got it until last weekend when my son and his mates went to the Wellington Trout Centre. I always thought of it as a bore. Not really a sport.

Maybe I’m showing my age, but I can now see the joy of sitting bank side waiting for a bite. Not so sure about the waders though and I’m not fond of the de-hooking and killing of the fish. But, so many life skills were learned up at the pond – both for the little guy and me. Who knows, I may get myself a license sometime and give it a whirl in Taupo one day.

I didn’t think I’ve ever share a simple omelette recipe, but here you go. The son’s trout (smoked over manuka chips) was just divine wrapped in eggs and butter and warrants a post.

Smoked trout (or salmon if you can’t get trout), flaked

How to make it

Turn oven grill on and choose a fry pan that can be put under the grill (or cover the handle of a fry pan with foil.)

Beat two eggs with a fork or lightly whisk. Add two thirds of the cream and seasonings and give another quick whisk. 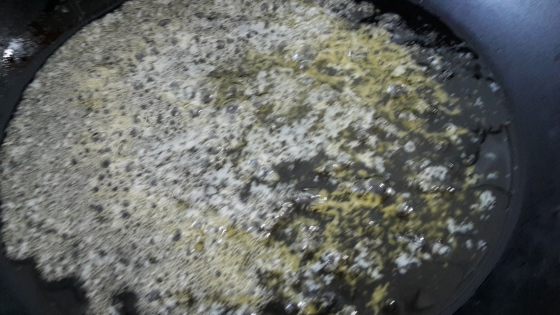 Heat the butter in a fry pan until sizzling but not burning. 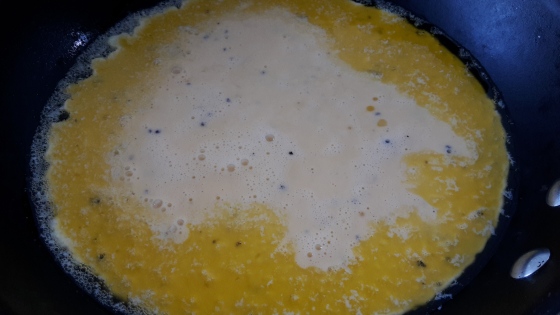 Pour in the egg mixture. Let cook for a minute or so, then loosen the sides and give a shake so more egg will cook. 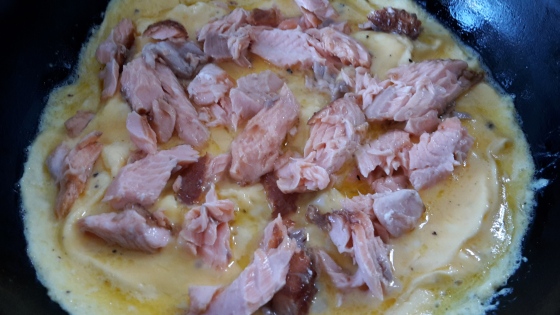 Add the trout on top of the omelette (and spring onion if using). Continue cooking for another minute or so. 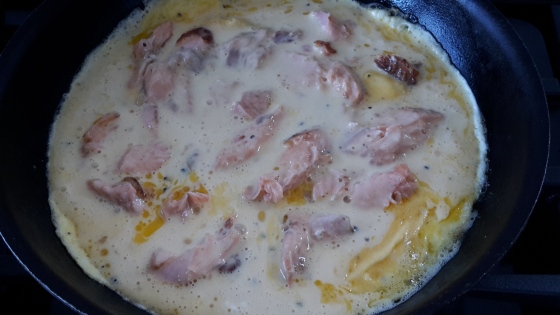 Beat the remaining egg, add the rest of the cream, then pour over the trout. 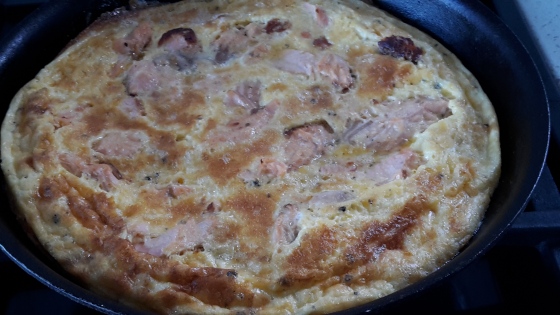 Put the fry pan under the grill for about five minutes until it puffs up.

When the omelette is cooked on top, remove from the oven and slide on to a plate. Serve with chopped parsley (yes, I know it’s kind of retro, but tastes good) and bread.

Can be served as part of a shared meal or a whole meal for one. Yes, a little more of a flaff than your usual omelette, but oh so worth it.